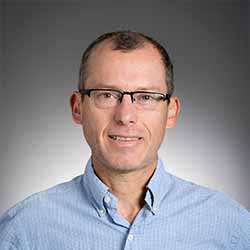 The Overton Prize is awarded annually to an early- to mid-career scientist who has made a significant contribution to the field of computational biology. In recognition of the award, Bar-Joseph will give a keynote address this July at the annual International Conference on Intelligent Systems for Molecular Biology in Long Beach, Calif.

Bar-Joseph, who joined CMU’s School of Computer Science (SCS) faculty in 2003, applies machine learning, statistical algorithms and signal processing techniques to the analysis of high-throughput biological data. He has led international research efforts that have identified genes important to human cell division, including a subset associated with cancer cells, which have uncovered new insights into gene regulatory networks.

In a study published last year in the journal Science, he and his colleagues observed methods that have evolved to organize cells during nervous system development. The same methods, they concluded, could be used to improve the deployment of wireless sensor networks and other distributed computing applications.

The International Society for Computational Biology is a nonprofit scholarly society dedicated to advancing the scientific understanding of living systems through computation. The Overton Prize was established by the ISCB in memory of the late G. Christian Overton of the University of Pennsylvania, a major contributor to the field of bioinformatics. Full article
Overton Prize Talk