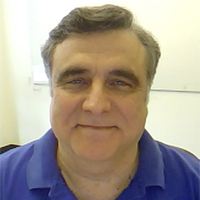 At the KDD 2016 Conference they will receive the "Test of Time" Award at a ceremony on August 14, 2016. The SIGKDD Test of Time award recognizes outstanding papers from past KDD Conferences beyond the last decade that have had an important impact on the data mining research community.

KDD is the flagship conference for large-scale data mining and brings together researchers and practitioners from data science, data mining, knowledge discovery, large-scale data analytics, and big data.Jure was a PhD student at SCS/MLD (and currently a professor at Stanford). Jon was visiting CMU for his sabbatical. The paper made the surprising discoveries that real graphs become denser over time, following a power-law pattern, and that their diameter shrinks (as opposed to growing slowly, that was the common wisdom until then).